New publications from students and faculty: Elrod, FitzGerald, and Petersen

†Deceased.
Posted by Alison Ricker at 11:53 AM No comments: 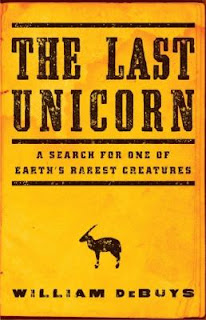 Longing to see a mythic beast?  Check out:

We have this book because of an excellent segment on NPR's On Point with guest host Jane Clayson, May 26, 2015.  If you don't have time to read the book right now, listening to Jane Clayson's interview with conservationist and author William DeBuys is the next best thing.

The "unicorn" is a saola, by the way - known to science for a little over two decades.  It's a good story!

Posted by Alison Ricker at 2:21 PM No comments:

Historical Ecology and the Landscape of Confucius 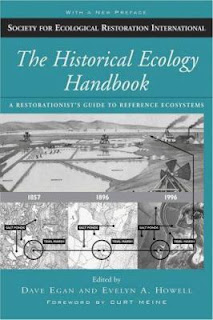 Extracted from the abstract:
“This research provides geomorphological evidence that early human impact began in the Yangshao period with deforestation, soil erosion, and increased alluviation in the upper catchment of the Yiluo River.”  Read this in the OhioLINK Electronic Journal Center.

Learn more about the practice of historical ecology:  The historical ecology handbook : a restorationist's guide to reference ecosystems, edited by Dave Egan and Evelyn A. Howell.  Washington, DC : Island Press, 2005.

Posted by Alison Ricker at 9:29 AM No comments: 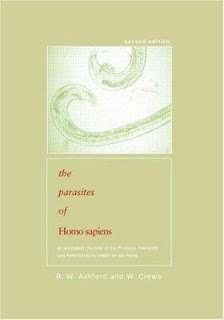 News of today's Nobel Prize announcement can be found in countless ways.  This is the highly readable account from The Scientist: "William Campbell, Satoshi Omura, and Youyou Tu have won this year’s Nobel Prize in Physiology or Medicine in recognition of their contributions to antiparasitic drug development."

...or listen to Rob Stein's report on  NPR Morning Edition.  Nobel Prize week is always inspiring, and this year's winners for Medicine are no exception.  Their research has led to treatment of potential benefit to the nearly 4 billion people worldwide who are exposed to these particular disease-causing parasites.

Wondering how many parasites bedevil humans?  Here's an alarming guide:

The parasites of Homo sapiens : an annotated checklist of the protozoa, helminths, and arthropods for which we are home / R.W. Ashford and W. Crewe.  Taylor & Francis, 2003.

Posted by Oberlin College Science Library at 11:29 AM No comments: 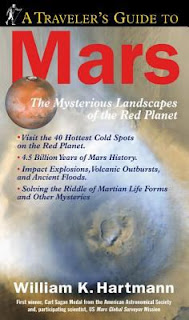 The unlikely coincidence of NASA's announcement of flowing water on Mars and release of the film "The Martian" was not lost on NPR Morning Edition host Renee Montagne or film critic Kenneth Turan.  Our botanist friends will surely appreciate the clip of Matt Damon, left stranded on Mars with the challenge of growing enough food for himself for three years on a planet that does not support plant growth:  "Mars will come to fear my botany powers."  Love it!  Listen to Kenneth Turan's review.  Cory Powell offers "10 Quick Thoughts about Water on Mars" on his blog hosted by Discover Magazine.

There is an abundance of literature on Mars readily available in the science library and accessible from OBIS.  Here are two excellent overviews for the non-specialist:

A Traveler's Guide to Mars / William K. Hartmann
Mars : an introduction to its interior, surface and atmosphere / Nadine Barlow
And, check out this highly entertaining reflection from Dr. Chris Martine: "Why I'm Naming a New Plant Species After The Martian," on the Huffington Post Blog [tip of the hat to Mike Moore for this lead!].

Posted by Oberlin College Science Library at 12:14 PM No comments: