Tucked into today's broadcast of NPR's Morning Edition was an exciting story not quite 4 minutes long, and easy to miss.  Listen to Joe Palca as he explains how "tinkering with proteins can have fundamental consequences on anything that's alive."  The research of Jason Chin and his group at Medical Research Council Laboratory of Molecular Biology, Cambridge, England, as described by Jim Collins at Boston University, has resulted in re-engineered ribosomes that can "read" quadruplets of thymine, adenine, guanine, and cytosine, the bases of DNA, rather than the standard triplets, leading to faster creation within certain bacterial cells of many more types of amino acids, capable of being strung together to construct novel proteins.  This technology, says Chin, could be used to develop "heartier" proteins with therapeutic properties, available in the body without being degraded.  The work of the research teams of both Chin and Collins is briefly reviewed in a news article on Nature's web site, along with other research challenges for synthetic biology.

New Content in Web of Knowledge: BIOSIS and Science Citation Index Together

It is now possible to search BIOSIS Previews from the same search platform as Science Citation Index and the other citation indexes offered within Web of Knowledge.  In addition, we have access to a deeper back file of the databases, with indexing back to 1965 for Web of Science and 1969 for BIOSIS.

This is a wonderful development, since the great subject indexing of BIOSIS is made even more effective with the Refine Results options of the Web of Knowledge search interface.  In addition, citation indexing is linked from Web of Science to the BIOSIS search results so every BIOSIS article that has been cited by an article indexed in Web of Science is so tagged.

Start exploring the new options and content from the Science Citation Index link on the science library's web site.  Click on the Select A Database tab once you are at the Web of Knowledge site.

Need clarification on all of those names?
Get more information from Web of Knowledge.
Posted by Alison Ricker at 2:10 PM No comments: 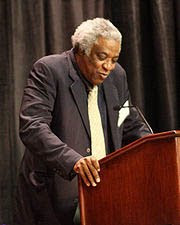 My intent is a narrower focus, superbly presented by Kenneth R. Manning in a number of essays on African American scientists.  Manning, Thomas Meloy Professor of Rhetoric (Program in Writing and Humanistic Studies and STS), MIT, Cambridge, is the author of Black Apollo: the life of Ernest Everett Just.

His keynote address, Reflections on E. E. Just, Black Apollo of Science, and the Experience of African American Scientists, given at the symposium honoring E. E. Just held on the campus of Howard University, November 21, 2008, was transcribed and published in Molecular Reproduction and Development 76 (2009): 897-902.

A more general essay by Manning is accessible from OBIS: African Americans in Science, offered in the Black Studies Center archived by ProQuest.

Finally, C&EN published a report in 2007 on Chemists of Color that stated many of the same sentiments expressed by Kenneth Manning.  Specifically, diversity in academia will not reflect the general population until all members of the academy work together to support scientists of color beyond the interview and hiring stage.  Critical decisions over tenure, promotion, funding, and hiring of graduate assistants all directly impact success and retention.

In Manning's words, at the conclusion of his keynote address:
"We have an opportunity now to get into another gear, to begin to aggressively try and nurture people who have not been part of the enterprise.

"We have to recognize our roles as gatekeepers, as people who evaluate, and realize that evaluations do have meaning and message.  We should be as sensitive and wise as we can.  If we do that, I think the legacy of Just will carry on and our scientific enterprise will have the diversity that we want and deserve."
Posted by Alison Ricker at 6:19 AM No comments:

Tune in to Fresh Air today on National Public Radio (3 pm, WKSU.org) and hear David Bianculli (of TV Worth Watching) review the HBO movie depicting the life of animal behaviorist Dr. Temple Grandin, Ph.D., to premier on February 6.  Or download the audio file, which just because available on the web site.  In brief, Bianculli declares the movie is wonderful.  Sitting in for Terry Gross, Bianculli then introduces a segment that draws upon three earlier interviews between Gross and Grandin, corresponding to publication of some of Grandin's books.  Grandin is the focus of one of "seven paradoxical tales" in An Anthropologist on Mars, by Oliver Sacks.

See books by Grandin in OBIS.  Several of Oberlin's copies of Grandin's and Sacks' books are currently checked out, but you can find other copies to borrow in the OhioLINK catalog.
Posted by Alison Ricker at 2:29 PM No comments:

Faculty Publication: Sean Decatur on Self-Aggregation of a Polyalanine Octamer in JACS 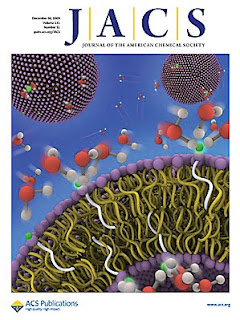 An Oberlin author alert from Science Citation Index brought this publication to our attention.  Co-authored by Sean Decatur, Dean of the College of Arts and Sciences:
Self-Aggregation of a Polyalanine Octamer Promoted by Its C-Terminal Tyrosine and Probed by a Strongly Enhanced Vibrational Circular Dichroism Signal.
J. Am. Chem. Soc., 2009, 131 (51), pp 18218–18219
The results of this research "offer considerations and insight regarding the de novo design of self-assembling oligopeptides for biomedical and biotechnological applications and highlight the usefulness of VCD as a tool for probing amyloid fibril formation." [from the authors' abstract].
Posted by Alison Ricker at 10:48 AM No comments:

Now that the bright moon is waning and snow showers are headed our way, you might want to grab a few of the new books we just unpacked for the dark evenings ahead.

Science as a Contact Sport is my first choice, especially if you are concerned about the growing number of Americans who say they question the validity of scientific findings regarding anthropogenic climate change.  Author Stephen Schneider, Ph.D., National Geographic Society Fellow, recipient of a MacArthur "genius" grant, expert adviser to every president since Nixon, and recipient with his colleagues of the collective 2007 Nobel Peace Prize (awarded to the Intergovernmental Panel on Climate Change), writes clearly of complex issues and the danger of stereotyping individuals as either "pro" or "con" advocates relative to action on climate change.  This excerpt comes from his chapter The Media Wars: "If the public is bamboozled into thinking that each 'side' in a typical media debate is credible, a typical reaction is to say, 'Well, if the experts don't know, how can I know!  Let's just wait a while until they figure it out.'  That is precisely the strategy of the climate deniers, to create public confusion and apathy, which slows policies that help the planet and our children but hurt special interests who are vested in the status quo."

Denialism considers the impact of deniers on scientific progress in a broader context, and received a good bit of attention when it was released last fall.  Read it yourself and see how much you agree with the author's premise.  The New York Times and Grist Magazine reviewed the book within days of each other, and you'll find plenty of customer reviews on Amazon.com.

The new book shelf is burgeoning with many other great options, from Victorian-era science to modern day tragedies and triumphs of discovery.  Browse the shelves - online or in the library!
Posted by Alison Ricker at 5:37 PM No comments: