Fossil Could be Common Ancestor of Humans, Other Primates 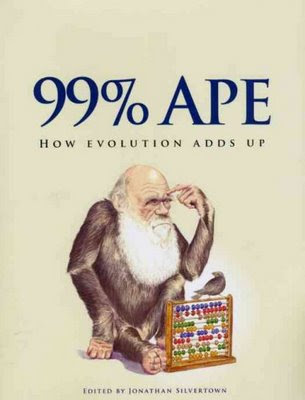 Here is very exciting news in the still-developing story of human evolution. From Science News Daily: "Scientists have found a 47-million-year-old human ancestor. Discovered in Messel Pit, Germany, the fossil, described as Darwinius masillae, is 20 times older than most fossils that explain human evolution.
"Known as 'Ida,' the fossil is a transitional species – it shows characteristics from the very primitive non-human evolutionary line (prosimians, such as lemurs), but is more related to the human evolutionary line (anthropoids, such as monkeys, apes and humans)." [Read the full story]

Today is the fourth annual Endangered Species Day, begun in 2006 with the leadership of Senator Dianne Feinstein. The U.S. Fish and Wildlife agency offers a complete list of endangered species and information for each on their Web site. You can view the list for your state here.

Scientific American gives more information on Endangered Species Day in their 60-second science blog. Check it out!
Posted by Alison Ricker at 1:13 PM No comments:

As Finals Fade, Grab a Book for Summer 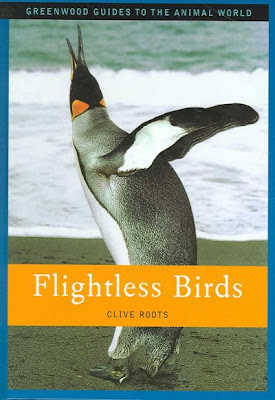 Finals are underway, and taking on unassigned reading may be the last thing on your mind!

There are many new titles on the new book shelf that will ease you from the intensity of finals week into summer. And, for graduating seniors who have a week to prepare for commencement/reunion weekend, one of the new books may fill any spare moments you have.

The Flying Circus of Physics (expanded, updated 2nd edition) by Jearl Walker promises a great many aha! moments of revelation. From the publisher's description: ..."where death-defying stunts, high-flying acrobatics, strange curiosities, and mind-bending illusions are all part of everyday life."

Take a break and browse the new book shelf; it will do you good!
Posted by Alison Ricker at 3:09 PM No comments:

Science and Nature have given extensive coverage to information and research on the H1N1 virus since the outbreak began.
Today in Science News of the Week:

Swine Flu Outbreak: Out of Mexico? Scientists Ponder Swine Flu's Origins
by Jon Cohen
"The origin of the virus behind the current swine flu outbreak, its muscle power, and how much of a threat it presents remain mysteries. After Mexico, the United States has had the most cases, which on 5 May totaled 403. The almost simultaneous confirmations of the outbreak in both Mexico and the United States initially added further confusion to the outbreak's origins. But the virus itself has helped clear up some matters. The greatest concern is what will this confusing virus, which combines genes from swine, avian, and human influenza strains, do next?"
Read more.

Accessing or Borrowing Library Materials Over the Summer

Any currently enrolled student who will be returning in the fall continues to have access to our online resources, and may borrow books and other materials over the summer. Off campus access to online resources is explained in the "Connect from Off Campus" web page. Summer borrowing just requires completing the summer address form so we know how to contact you. Find out more.
Posted by Alison Ricker at 12:17 PM No comments:

The Science library will be open extra hours this Saturday, for your studying pleasure during Reading Period. Our End of Semester Hours:

Don't hesitate to contact staff for last-minute help with library research! Best of luck with exams.

Posted by Alison Ricker at 10:43 AM No comments: