Are Hackers Using Your Laptop Microphone and Speakers? Sneaky.

A computer's microphone and speakers can covertly send and receive data.
By: Ker Than, ISNS Contributor
Inside Science News Service  December 11, 2013

(ISNS) -- Using the microphones and speakers that come standard in many of today's laptop computers and mobile devices, hackers can secretly transmit and receive data using high-frequency audio signals that are mostly inaudible to human ears, a new study shows. (continue to full article text)
Posted by Alison Ricker at 2:52 PM No comments:

Everything That Lives Will Die 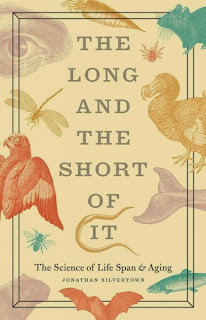 With these stark words begins a musing on a fundamental fact of life: not every person dies at the same age and there is wild variation in length of life among different species.  A giant fungus in Michigan has been alive since the Ice Age, while a dragonfly lives just four months, and a mayfly perishes within a few hours.  What accounts for these differences?  Read about it in:
The Long and the Short of It: the science of life span and aging / Jonathan Silvertown.

Also on the new book shelf:  Beyond the God Particle, by Nobel Laureate Leon Lederman with Christopher Hill. They write:  "While most scientists expected a vast assortment of new discoveries, new 'super' particles, and bizarre new forces [from work conducted on the European Large Hadron Collider], all we have so far is the single Higgs boson.  The discovery, while important, has resulted in even more questions, the main one being, Who ordered the God Particle, and what is it telling us?"

Fascinating reading in these and other new books just received.
Posted by Alison Ricker at 9:54 AM No comments:

Nelson Mandela's legacy for science and medicine in Africa

Nelson Mandela's influence on human advancement and social development is incalculable in this small space, and millions of people will mourn his death for some time to come.  I will highlight just one achievement that may not be immediately celebrated in the countless remembrances that will be written and shared:  the Nelson Mandela African Institution of Science and Technology (NM-AIST).


"The Nelson Mandela African Institution of Science and Technology (NM-AIST) in Arusha is one in a network of Pan-African Institutes of Science and Technology located across the continent. These institutes, which are the proud brainchild of Nelson Mandela, envision to train and develop the next generation of African scientists and engineers with a view to impacting profoundly on the continent’s development through the application of science, engineering and technology." (NM-AIST About Us)

Our condolences to all who loved President Mandela.  May his legacy inspire all of us and many future generations to live our lives so that others might also thrive.

Posted by Alison Ricker at 10:17 PM No comments:

Stardust and Our Once and Future Planet

December is a month for looking back and looking ahead.  Several new books in today's shipment will help you do just that:  looking very far back, to the beginning of time, as well as considering future possibilities for scientific research.

Here are a few titles to entice you to stop by and gather food for thought, to balance food for feasting in the holiday season. 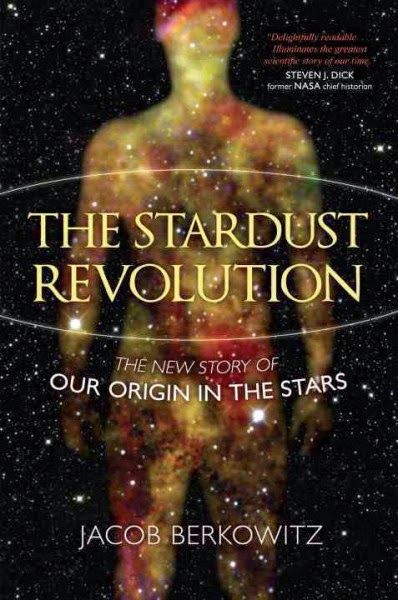 The Cosmic-Chemical Bond: chemistry from the big bang to planet formation
The Earth as a Cradle for Life: the origin, evolution, and future of the environment
The Stardust Revolution: the new story of our origin in the stars
Time, Space, Stars & Man: the story of the big bang

Don't get so lost in the past that current challenges are overlooked, however!  In particular:

The Science of Crime Scenes
A Piece of the Sun: the search for fusion energy
Groundwater for the 21st Century
Should We Eat Meat?
Our Once and Future Planet: restoring the world in the climate change century.

Posted by Alison Ricker at 3:15 PM No comments: