New Report from NSTC: Effects of Global Change on U.S.

The National Science and Technology Council (NSTC) has released its report, Scientific Assessment of the Effects of Global Change on the U.S., dated May 2008.

As reported by Andrew C. Revkin in the New York Times (May 28, 2008, p. A14), "The rise in concentrations of carbon dioxide in the atmosphere from human activities is influencing climate patterns and vegetation across the United States and will significantly disrupt water supplies, agriculture, forestry and ecosystems for decades." Among the more sobering conclusions of the report are the predictions of wide-spread water shortages in the western U.S., with dire consequences for populations and agriculture, and the migration of invasive species adversely impacting ecosystems throughout North America.

Healthy biodiversity, essential for ecosystem maintenance, is predicted to suffer as species struggle to adapt to rising temperatures, and conditions that encourage parasitic-induced disease as well as competition for resources and suitable reproductive habitats. From the Executive Summary: "The resilience of many ecosystems is likely to be exceeded this century by an unprecedented combination of climate change, associated disturbances (e.g., flooding, drought, wildfire, insects, ocean acidification), and other global change drivers (e.g., land use change, pollution)." Read the Summary and Findings.
Posted by Alison Ricker at 5:56 PM No comments:

Faculty publication: A. J. Roles in Evolution, May 2008 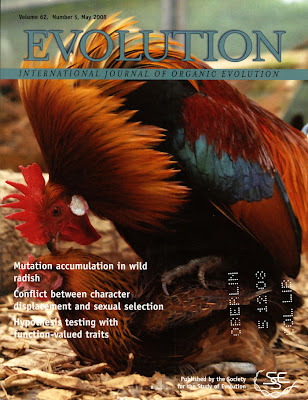 Angela J. Roles, Visiting Assistant Professor of Biology, has published a portion of her doctoral dissertation in this month's issue of Evolution:

"Fitness effects of mutation accumulation in a natural outbred population of wild radish (Raphanus raphanistrum): comparison of field and greenhouse environments."
vol. 62 (May): 1066-1075.

This issue was not yet accessible on either the BioOne or OhioLINK EJC servers at the time of this posting, but it will be very soon. In the meantime, you can read the print issue in the library.
Posted by Alison Ricker at 1:32 PM 1 comment:

Despite listing polar bear as a species requiring protection under the Endangered Species Act, the first such listing attributed to loss of habitat due to global warming, Interior Secretary Dirk Kempthorne said it would be "inappropriate" to use the listing as an impetus to address global warming generally or reduction of greenhouse gases specifically. Learn more at Defenders of Wildlife.
Posted by Alison Ricker at 9:14 PM No comments:

Charles Darwin, then 47, sits down in the study of his country home in Down, England, and starts to write On the Origin of the Species.*

You can now read ’s publications and correspondence online!

*from: The Illustrated Almanac of Science, Technology, and Invention.

Posted by Alison Ricker at 3:38 PM No comments:

Amphibians Slipping Away: one third of all species threatened 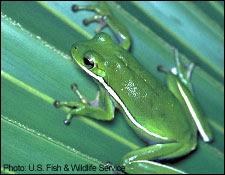 From Defenders of Wildlife eNews:
"Frogs, salamanders and other amphibians are on a slippery path to extinction. Habitat loss, disease, global warming and other factors are taking their toll. Worldwide, a third of these key players in the web of life are considered threatened -- making amphibians the most vulnerable group of animals in the world.

"This month, Defenders Magazine profiles the plight of these slick critters -- and takes a look at what people are doing to save them."

Learn more about amphibians in this recent book in our reference collection:
The ecology & behavior of amphibians / Kentwood D. Wells

Posted by Alison Ricker at 3:39 PM No comments: 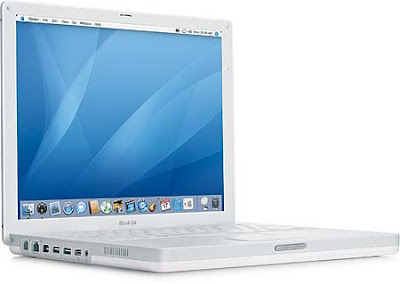 Please read our revised lending policy for the laptop loaners, available to students, faculty and staff with current and valid OCID.

Highlights: iBook G4s may go out overnight - but must be back by 10am the next day (Mon-Fri) or by 1pm the next day if borrowed on Friday or Saturday afternoon. There is now a penalty fee of $20 (ouch!) for unauthorized overnight use, so PLEASE pay attention to the due time and our closing times!
Posted by Alison Ricker at 12:11 PM No comments:

Fans of Radio Lab will heartily support the selection of Robert Krulwich, OC '69, as an Official Honoree of the 12th Annual Webby Awards. Robert Krulwich — and his team of Odd Todd and BPP Video Producer Win Rosenfeld — were honored in the Online Film and Video - Best Use of Animation/Motion Graphics category, for their cartoon feature It's All About Carbon, part of NPR's Climate Connections series.

Visit the site:
Global Warming: It’s All About Carbon, Cartoon Series Main Page
Posted by Alison Ricker at 11:55 AM No comments:

Tune into NPR.org for yesterday's story on Oberlin's Fearless campaign. It's interesting listening, and Dan Bobkoff of member station WCPN in Cleveland does a good job of presenting different points of view.

All Things Considered, May 1, 2008 · A top-notch Ohio college's two-year-old marketing campaign — "We Are Oberlin: Fearless" — is the subject of internal mockery from Oberlin students.

Thanks to Kolleen for sharing this.

Posted by Alison Ricker at 10:26 AM No comments: