This paper, published in the April issue of Journal of Chemical Ecology, is the result of collaboration among faculty members in Biology and Chemistry (Garvin and Whelan, respectively), current students Rutter and Austin, and recent graduate Shaw:
Volatile and Semivolatile Compounds in Gray Catbird Uropygial Secretions Vary with Age and Between Breeding and Wintering Grounds.

From a press release received today.  More @ WIT Press e-library website
WIT Press has announced that, effective immediately, Wessex Institute of Technology papers in their e‑library published from 1993 through 2009 are available on an Open Access basis.

The Wessex Institute of Technology is making the papers Open Access in order to ensure the widest dissemination of papers presented at WIT Conferences.

The WIT Press e-library consists of six sets of Transactions containing papers presented at Wessex Institute of Technology conferences, as follows:
A seventh set of Transactions, State of the Art in Science & Engineering, contains selected chapters from WIT Press books on the latest developments in various fields of science and engineering.
Posted by Alison Ricker at 11:54 AM No comments: 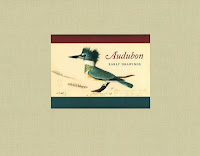 Enjoy just a small selection of John James Audubon's beautiful birds by browsing one of the many compilations of his works and guides in the science library.  Start with:
Audubon : early drawings / introduction by Richard Rhodes ; scientific commentary by Scott V. Edwards ; foreword by Leslie A. Morris.  Cambridge, Mass. : The Belknap Press of Harvard University Press, 2008.  QL674 .A85 2008 (in oversize shelving)
and follow up with an author search in OBIS on Audubon, John James, 1785-1851

The University of Pittsburgh Library has made available, online, their complete double elephant folio set of Audubon’s Birds of America, accompanied by his Ornithological Biography. It is a marvelous collection to have digitized and made public.  Thank you, University Library System staff!  Univ Pittsburgh Audubon web site.

Thanks also to Google Doodle for commemorating John James Audubon.
Posted by Alison Ricker at 9:16 AM No comments:

If you're curious about the natural world and don't have time or the inclination to delve deeply into scholarly journal literature, the New Scientist section "In Brief" is for you.  Every week, just 10 minutes will reward you with a wealth of startling new research findings, summed up in engaging reports aimed at a general audience.  You can always find an issue of New Scientist on our "Journals Received This Week" display - settle into the comfy chair positioned there and enjoy brief summaries condensed from peer-reviewed journal articles.  New Scientist writers are marvelous at their craft, and you may well be drawn to read the entire issue cover to cover. 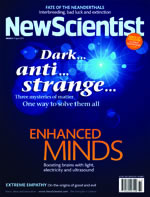 "In Brief" this week includes:
The headings alone draw one's attention, and reading these short summaries is always satisfying.  So pause as you pass by the new journal display, and learn something amazing - did you know, for example, that bird parents choose which chicks to feed by discerning the amount of UV light reflected from the chicks' foreheads?  Wild, right?  Heavier chicks reflect less UV light than lighter nestlings, and parents give more food to the chicks reflecting more UV light.  The study that led to this conclusion:  Aviles, J., et al.  Behavioural Ecology and Sociobiology, DOI: 10.1007/S00265-011-1164-8.
Posted by Alison Ricker at 10:19 AM No comments:

The Faculty of 1000 Open Poster Repository for Biology and Medicine offers the poster presentations from 180 international meetings, to date.  Free access to anyone in the world, with links to the full-text of subsequently published articles (accessible by subscription, as required).  F1000 invites submissions for the repository.  The most recent conference invited to be represented in the repository is the New York Academy of Sciences meeting on Music, Science and Medicine, including a presentation on music treatment for redirecting repetitive behaviors of children on the autism spectrum.

Scientific posters presented at conferences typically represent the most up-to-date research in a given area, with results and methodology that may or may not be published at a later date.  The information in posters has traditionally been limited to those attending the conference; the F1000 repository allows access to anyone, widening the potential impact of the research and speeding communication.

More info.
Posted by Alison Ricker at 3:53 PM No comments:

When Science and the Media Mix

Christopher Reddy's editorial, When Science and the Media Mix, published April 1 in Science (the print issue just received today) is perfectly timed with today's symposium (Day 2 of Journalism in the Age of New Media), sponsored by The Oberlin Review and a host of other college departments and organizations.

Reddy says, "At their best, science and journalism both research exhaustively, discover knowledge, and communicate it accurately and objectively."  Come hear David Schlesinger, former Editor in Chief of Reuters give the keynote presentation today at 4:30pm, followed by a panel at 7pm including Robert Krulwich and Jad Abumrad of Radio Lab.  Krulwich and Abumrad excel at communicating science for the general public, and would no doubt agree with Christopher Reddy's statement, "Communicating is risky, but not doing so is riskier."  He goes on to say that scientists and journalists must "make continual efforts to learn each other's languages" so that knowledge is not "locked in laboratories, misunderstood, unused, or even worse, misused."

The journalism symposium events are in Hallock Auditorium of the A.J. Lewis Center.
Posted by Alison Ricker at 1:46 PM No comments: