Sardines, not Salmon; Oysters and Mussels, but never Shrimp

The Mortal Sea: Fishing the Atlantic in the Age of Sail by W. Jeffrey Bolster captured my attention this morning.  "Blending marine biology, ecological insight, and a remarkable cast of characters, from notable explorers to scientists to an army of unknown fishermen, Bolster tells a story that is both ecological and human: the prelude to an environmental disaster. 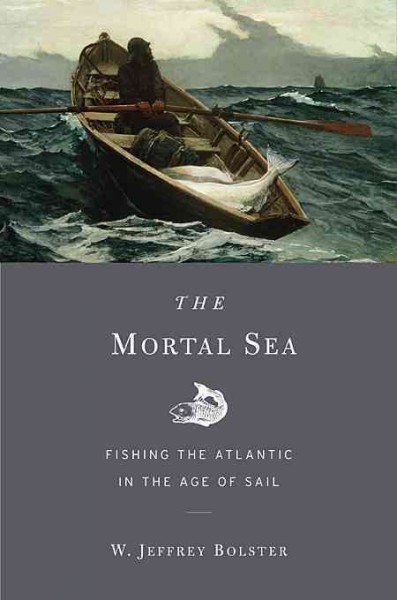 "Bolster writes in the hope that the intimate relationship humans have long had with the ocean [fishermen have exploited Atlantic for some 500 years], and the species that live within it, can be restored for future generations."

The National Oceanic and Atmospheric Administration (NOAA) produces FishWatch, which confirms the rapid decline of fish populations in the Atlantic.

I'm looking forward to receiving a related book, still on order: The Perfect Protein: the Fish Lover's Guide to Saving the Oceans and Feeding the World. Author Andy Sharpless explains how in an interview with Steve Curwood of Living on Earth.  Sharpless, CEO of Oceana, maintains that the oceans can recover if we stop over-fishing and better manage fishing fleets worldwide.  Fish populations need time to rebound.  Meanwhile, Sharpless encourages seafood consumption based on five simple rules: "Eat wild; eat smaller species; eat local or domestic; eat all the farmed shellfish - oyster, clams, mussels - that you can; and I’m sorry to say, you’ve got to swear off shrimp."  Why?  "There’s no way to get a shrimp and feel good about what you’re doing for the future. Wild shrimp are caught in a process that produces very high levels of what’s called bycatch. And farmed shrimp are farmed in shallow pens typically in tropical countries that are often managed in a very short-sighted way and end up wrecking and contaminating coastal zones."  Read the transcript at LOE.org.
Posted by Alison Ricker at 9:55 AM No comments: