Bruce Barcott, a contributing editor for Outside magazine, offered this list of favorite books for 2006 during a recent interview on Living on Earth (LOE). You'll find all of them in the college library, either in science or main, so you can review them yourself before buying a copy for a friend!
Every LOE show can be downloaded for your MP3 player, read, or listened to online. LOE's careful analysis of environmental issues worldwide, with policy makers, scientists and science writers, make this one of the most enlightening programs on public radio. The "Emerging Science" segment is especially noteworthy each week. So lend an ear! [More at LOE].
Posted by Alison Ricker at 9:32 AM No comments:

Searching for the Origin of Altruism 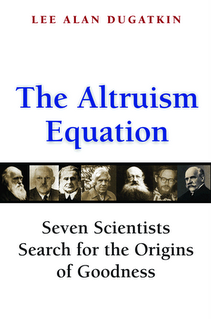 It was reviewed by Jason Rosenhouse in his EvolutionBlog on Sept. 19. Publishers Weekly, as reported on the Princeton University Press site, had this to offer:
"Biologist Lee Dugatkin splendidly narrates a fast-paced tale of scientific breakthrough, genius and intellectual history as he examines the lives of seven scientists . . . whose groundbreaking work attempts to answer this question. . . . This superb tale of scientific discovery is required reading for everyone interested in the nature of human morality."
Posted by Alison Ricker at 5:00 PM No comments:

From Science News of the Week, November 24:
U.N. Conference Puts Spotlight on Reducing Impact of Climate Change.
by Richard Stone and John Bohannon

NAIROBI--For the past 6 years, Louis Verchot has had a ringside seat for Lake Victoria's ecological decline. Intense rainstorms pounding down on degraded land have swept in millions of tons of phosphorus-laden sediments from the Nyando River, transforming the lake from a nutrient-limited ecosystem into one with a gross excess of nutrients. On a visit last spring, says Verchot, a soil specialist at the World Agroforestry Centre in Nairobi, the water was so choked with an algal bloom that a glass of it "looked like spinach soup." [more]
Posted by Alison Ricker at 4:27 PM No comments: 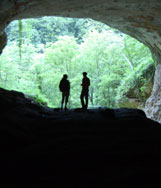 Last week, both Nature and Science featured major articles on the genomics of Neanderthals. As the cover story of Nature for 16 November, the journal web site offers free access to supplementary material including a video and special Neanderthal DNA Web focus. Check it out!

As summarized in Science on 17 November, Noonan, et al. found that "humans and Neanderthals shared a common ancestor up to ~706,000 years ago and that the populations split ~370,000 years ago." 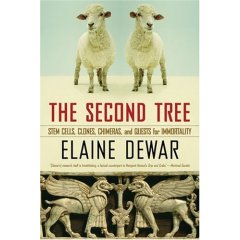 The Second tree : stem cells, clones, chimeras and quests for immortality, by Elaine Dewar, is the focus of an extensive book review by Professor of Biology Yolanda Cruz. Ms. Cruz presents information from 28 sources in her review, considering nuclear transplantation, transgenesis, the integrity of chromosome ends and ethics of human embryo research. Read Professor Cruz's review in Evolution and Development.
In addition to the copy of the book in our library, over 17 copies are available from other OhioLINK libraries [OhioLINK Central Catalog].
Posted by Alison Ricker at 11:33 AM No comments:

"Here’s something that will take your breath away. The EPA, charged with protecting our environment, has adopted new air quality standards that actually put our environment and health at greater risk.

"In proposing these standards, EPA has ignored the recommendations of its own Clean Air Scientific Advisory Committee, the advice of the Children’s Health Protection Advisory Committee, the recommendations of 100 leading research scientists and physicians, and comments from two dozen national and local health organizations." [More]
Posted by Alison Ricker at 10:49 PM No comments:

From Science News of the Week
photo credit: NAIC/ARECIBO OBSERVATORY

"Two major U.S. radio astronomy facilities funded by the National Science Foundation may need to close by 2011 to make room for new NSF astronomy projects. Last week, an expert panel put the two facilities--including the massive Arecibo radio telescope that fills a sinkhole in Puerto Rico--on a hit list ordered by NSF to save $30 million a year in its $191 million astronomy budget." --Adrian Cho

Arecibo is located in Puerto Rico and has been the site of research conducted by Physics and Astronomy Professor Dan Stinebring and his students. [More from Oberlin Online and Alumni Magazine]

One former student, Naomi McClure-Griffiths ('97) has just been awarded the 2006 Malcolm McIntosh Prize for Physical Scientist of the Year. [More at Oberlin Online today]

Naomi's honors research on pulsars was conducted in Australia rather than Puerto Rico, and led to a paper in Astrophysical Journal co-authored with Prof. Stinebring. An author search on McClure-Griffiths in INSPEC results in 33 papers co-authored by Naomi; Science Citation Index reveals that 16 of these papers have been cited a total of 130 times.
Posted by Alison Ricker at 8:13 AM No comments:

Message in a Bottle: an appeal from the ship Esperanza, as it moves through the trash vortex of the Pacific Ocean. This is part of the message sent to Greenpeace supporters on November 7, while many of us were focused on the U.S. elections:

"Throughout this trip, we’ve been taking samples of ocean water, and what we’ve discovered is as if a bomb exploded millions of pieces of plastic that rained down on the Pacific. But this is no bomb. It's not a storm that caused this. We did. All of us. With every piece of trash we've seen, but haven't picked up, every water bottle we've bought, but didn't recycle. It's all here, floating in front of me, the evidence of millions of moments of lapsed judgement, all combined into one heaping mess. It's overwhelming." -- Marie Jorgensen

Read more at Greenpeace, and watch the ship tour video. Also learn about the semester program for student activists.

The fate of plastic in the oceans has long been an issue of concern. See, for example, this 1989 report from the Alaska Sea Grant College Program:
Persistent marine debris : challenge and response

and dozens of articles published in Marine Pollution Bulletin since its inception in 1970. Published by Elsevier, you may search journal contents and view abstracts for free on Elsevier's ScienceDirect. Obtain full-text of articles published since 1995 on the OhioLINK Electronic Journal Center.
Posted by Alison Ricker at 11:21 AM No comments:

Election Results for the Environmental Voter 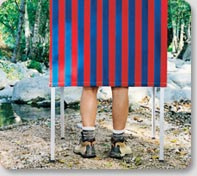 Interested in reading the election results from the perspective of the League of Conservation Voters? Find out more about the "dirty dozen dumped" in yesterday's election, and review the endorsements of the LCV.
Read also the Sierra Club perspective on the 2006 election. [image of the outdoor voter is from the Sierra Club web site]
Posted by Alison Ricker at 11:00 AM No comments:

The Queen of Fats 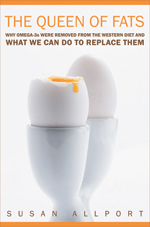 Now on the new book shelf:

The Queen of Fats
Why Omega-3s Were Removed from the Western Diet and What We Can Do to Replace Them / Susan Allport. California Studies in Food and Culture, no. 15

From the publisher's Web site:
"A nutritional whodunit that takes readers from Greenland to Africa to Israel, The Queen of Fats gives a fascinating account of how we have become deficient in a nutrient that is essential for good health: the fatty acids known as omega-3s. Writing with intelligence and passion, Susan Allport tells the story of these vital fats, which are abundant in greens and fish, among other foods." [read more]

Other new books received today include several that were donated to the library from the late Robert Weinstock's (Professor Emeritus of Physics) comprehensivie collection on Newton, relativity, and the history of physics and mathematics. New Books Received Nov. 6.
Posted by Alison Ricker at 4:04 PM No comments:

From the Union of Concerned Scientists:
Scientific Findings on Endangered Species Reversed

"Recently obtained documents show that high-ranking political appointees within the U.S. Fish and Wildlife Service have rewritten scientific documents to prevent the protection of several endangered species. This blatant disregard for the Endangered Species Act, which requires decisions based on the best available science, threatens grouse and prairie dog species, among others." [Read more]

Posted by Alison Ricker at 10:11 AM No comments: