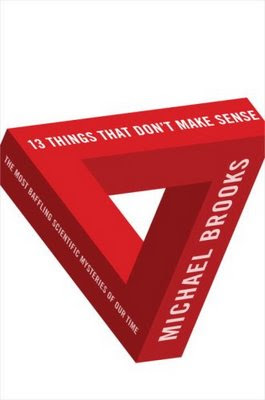 The new book shelf is brimming with such diversity it's impossible to focus on just one title. From
13 things that don't make sense : the most baffling scientific mysteries of our time by Michael Brooks
to
The prefrontal cortex by Joaquin M. Fuster, there are tantalizing topics to draw you away from your required course reading.

Thanks to recent catalog enhancements in OBIS, you can learn a bit about nearly every new book on the list by clicking on the link "Information [or Preview] at Google Books" that appears on the right side of the OBIS display.
See, for example, this OBIS record:
Agroecological economics : sustainability and biodiversity by Paul A. Wojtkowski - which leads to a very helpful Google Books entry.

So, if you don't have time to browse the new book shelf in person, OBIS can provide the next best thing.
See the new book list.
Posted by Alison Ricker at 7:57 PM No comments:

Dept of Transportation in Science.gov - so much more than you might expect!

Thanks to Tim Byrne, Office of Scientific and Technical Information, who sent this information:
The United States Department of Transportation (DOT) has joined Science.gov. This means that when you launch a search at the Science.gov gateway, your single query can find science information from 14 government agencies, including the DOT National Transportation Library (NTL) Integrated Search and more than 30 DOT websites. Major subject areas of highway and transportation engineering, statistics, planning,policies, and research are included in the Science.gov basic search.

The DOT Web site includes links to a number of specialized libraries, such as coast guard, pipeline safety, and transportation law collections.
Try a search on pipeline safety in Science.gov, then refine the results with the additional keyword alaska, for an example of finding DOT results within a broader search.
Posted by Alison Ricker at 9:47 AM No comments:

Global Warming by the Numbers: 13 Facts for Friday the 13th 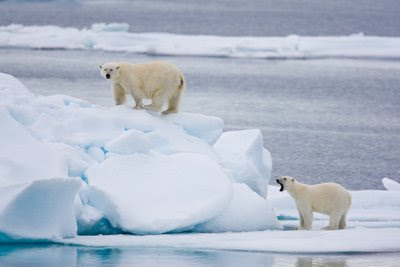 From the Environmental Defense Fund:

Friday the 13th just got a little scarier. Here are 13 facts about the realities of global warming. The numbers speak for themselves -- we must make 2009 the showdown year for global warming action. There is no time to lose.

Posted by Alison Ricker at 2:52 PM No comments:

The American Institute of Physics FYI: Bulletin of Science Policy News for February 12 presents a succinct summary of science and technology funding in the economic stimulus bill. If you support funding for research, recognizing the importance of science and technology advancement for job creation and the economic health of the country, urge your legislators to vote for the American Recovery and Reinvestment Act when in comes before the House and Senate today and tomorrow.

The following is from the AIP site:
The first details about this $790 billion bill, which provides significant funding increases for science and technology programs, appear in a document from the Office of Speaker Nancy Pelosi (D-CA). Direct quotations from this document appear below. FYI will report on the details of this agreement as they are released.

The Speaker’s “Fact Sheet,” characterized as a “Preliminary Overview,” explains that the conference agreement will “Restore science and innovation as the keys to new American-made technology, preventing and treating disease, and tackling urgent national challenges like climate change and dependence on foreign oil.” [Read more]
Posted by Alison Ricker at 10:46 AM No comments:

Darwin and Lincoln: men of vision and reason

Charles Darwin and Abraham Lincoln were both born 200 years ago today. Consider the remarkable impact each man made on humanity, and celebrate science and reason by reading some of their own words.

Peruse the Darwin Correspondence Project online, or browse through the 16 printed volumes in our collection: Correspondence of Charles Darwin. The Darwin Day Celebration web site offers a wide range of resources, including audio files.

Robert Krulwich (Class of '69) presented a fascinating look at Darwin's life on NPR's Morning Edition this morning, considering the possibility that love for his wife and the tragedy of the death of a beloved daughter, directly influenced the timing of publication of On the Origin of Species. Listen to the story.

The library owns many editions and reproductions of Darwin's work [search OBIS by title], or you can read a reproduction online.

Lincoln's Bicentennial is being celebrated across the country. The Kentucky Abraham Bicentennial Commission web site is a good place to explore some of the events, documents, photos and links to other sites.

Don't let the day slip away without giving some thought to the enduring legacy of Lincoln and Darwin!
Posted by Alison Ricker at 8:57 AM No comments:

National Public Radio posted this breaking news this afternoon: Congressional Leaders Announce Stimulus Deal and Scientists Hope Stimulus Will Give Jolt to Research. Richard Harris, in his report on science research funding, noted that the stimulus package includes billions in funding for the National Institutes of Health. Raynard Kington, the NIH's acting director, says that NIH currently has 14,000 peer-reviewed applicants, worthy of funding, waiting for support. "Give the NIH the money, he says, and in just a few weeks the money can flow out the door and into a thousand labs or more." Read more or listen online.
Posted by Alison Ricker at 4:21 PM No comments:

Getting access through the OhioLINK Electronic Journal Center to publishers' web sites is a little more complicated if you are off-campus. Follow these steps:
You will have access only to those journals purchased by OhioLINK, which does not include the pre-1995 archives of all publishers.

These procedures will be necessary only until the OhioLINK Electronic Journal Center is completely restored.
Posted by Alison Ricker at 12:48 PM No comments:

OhioLINK staff are working diligently to restore access to the Electronic Journal Center, as explained in this message from Director Tom Sanville. Updates will be posted in OhioLINK's What's New.
-------
Important Message to the OhioLINK community of students, faculty, and staff:

Beginning Wednesday afternoon, February 4, the OhioLINK computer disk storage system suffered a widespread, and supposedly not possible, multiple component failure affecting all major services with the exception of the OhioLINK Library Catalog. We have restored all services except the Electronic Journal Center (EJC). Restoration of the EJC remains under vigorous analysis, but unfortunately we know that any solution will not be immediate. In light of this, we are taking immediate steps to provide alternative access to the resources of the EJC through the various Web sites of the EJC journal publishers.

As noted on [EJC welcome page], we have immediate access to many EJC publisher sites and are working to expand access to the rest as quickly as possible. While the EJC is down, we will continue to improve this site to direct you to the proper publishers. We will also work to adjust our systems that link article citations to full text in the EJC by redirecting links to the publisher sites. We are examining every possibility to keep you connected to resources you need and to improve that connectivity as quickly as possible, while the EJC is not available.

The OhioLINK staff is sincerely sorry for this significant disruption in services. We remain committed, as we have since 1992, to providing high quality information resources on a consistent and reliable basis to the Ohio higher education community.

"I am writing to alert you to efforts underway this morning to zero out a large portion of the science funding from the Senate American Reinvestment and Recovery Act as a part of a $77.9B reduction effort led by Senators Ben Nelson (D-NE) and Susan Collins (R-ME).

"As you know better than most, science and technology are responsible for half of the economic development of the United States since WWII and yet, if current trends hold, some, such as the Business Roundtable, have predicted that 90% of all scientists and engineers will live in Asia within 5 years.

"The United States simply MUST renew our investment in the single greatest economic engine this country has ever known. Small federal investments in scientific research have helped produce things like the internet and the transistor that have consistently delivered multi-trillion dollar economies.

"The United States is at a critical juncture, and if this concerns you we suggest now would be a time to contact your Senators and urge them to support science funding. Here is what is being proposed to be cut from the bill, according to TPM: