The Union of Concerned Scientists, together with a panel of highly accomplished celebrity cartoonists, has launched Science Idol 2007: the Scientific Integrity Editorial Cartoon Contest. They are seeking "creative, original, and compelling cartoons" to help communicate the impact of political interference on our health, safety, and environment.

The UCS maintains that "political interference [through censorship, manipulation, and suppression of federal government science] has hurt our air quality, allowed FDA approval of harmful drugs, and prevented the public from hearing the truth about global warming." So get out your best pen, sharpen your wit, and submit your best effort to the panel of judges.

FIRST PRIZE: An all-expenses paid trip to Washington, D.C. to tour the UCS offices and have lunch with Washington Post Pulitzer prize-winning cartoonist Tom Toles, plus:

Cartoon printed in UCS publications and featured on the UCS website

Cartoon featured on the cover of the 2008 Scientific Integrity calendar

Fifty copies of the 2008 calendar, including one signed by all celebrity judges

Contest Guidelines.
Posted by Alison Ricker at 9:33 AM No comments: 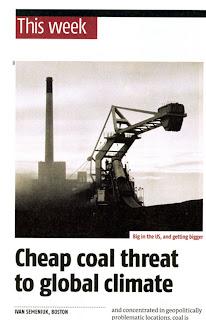 The Future of Coal, a report released by an interdisciplinary study group at Massachusetts Institute of Technology, predicts that coal consumption in the U.S. will grow significantly by mid-century, and urges a massive scale-up of technologies to capture carbon released by coal burning. Ernest Moniz, director of the M.I.T. Energy Initiative and co-chair of the group that produced the report, asserts that the "United States and the rest of the world is not demonstrating the necessary urgency," needed to develop effective methods for sequestering carbon underground, to reduce the amount of carbon released to the atmosphere.

New Scientist, March 17, covers the report in "this week" [image, from page 14] and in a brief editorial on page 5. The March 17 issue of New Scientist is on the browsing rack of journal issues received this week in the science library.

On the New Book Shelf: The Microstructure of Dinosaur Bone 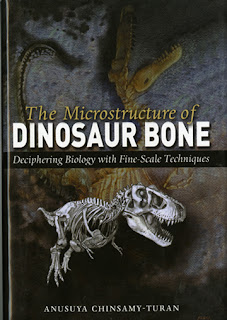 The Microstructure of Dinosaur Bone: Deciphering Biology with Fine-Scale Techniques, by Anusuya Chinsamy-Turan (now on the science library new book shelf) was recently reviewed in the Quarterly Review of Biology by Tim J. Fedak. Read the review online on page 57 of the March 2006 (Vol. 81 Issue 1) issue.

Fedak states, "The book provides many fine examples that demonstrate how studies of fossil skeletons are improved by analysis of bone microstructure. Several chapters focus on the discovery, structure, physiology, and growth of dinosaur bone; however, the book also remains comparative in approach, with histological studies of bone in mammals, birds, turtles, whales, and other vertebrates discussed. Although the volume will be of interest to a wide audience of biologists, the core readership will remain vertebrate paleontologists, each of whom should have a copy of this book in their reference library."
Posted by Asishana Osho at 3:55 PM

From Science News of the Week
by Eli Kintisch

"The U.S. House of Representatives has broadened protection for government scientists who claim that their bosses have undermined the scientific process or suppressed information. Last week, legislators passed The Whistleblower Protection Enhancement Act by a margin wide enough--331 to 94--to withstand a promised veto from President George W. Bush. But the measure faces an uphill road in the Senate." Read more at Science.

The Union of Concerned Scientists supports the bill, and provides more commentary on their web site.

Posted by Alison Ricker at 12:24 PM No comments:

Al Gore to Testify Before Congress on Global Warming

A Message from Al Gore, in preparation for testimony before Congress:

At the hearing before Congress, I will deliver 294,374 messages already signed, demonstrating that hundreds of thousands of people share my sense of urgency regarding global warming.

If an additional 55,626 people sign our message, it will be as though 350,000 of us are there at the hearing expressing our determination to convince Congress to act. Having served in the House and Senate, I can tell you that members of these committees would find this to be a meaningful and impressive show of support. There are only 5 days left before the hearings begin, so please do not pass up this opportunity to join in showing the broad public support we need in order to solve the climate crisis.

Ask someone else to also visit http://www.algore.com/cards.html.

Posted by Alison Ricker at 1:52 PM No comments: 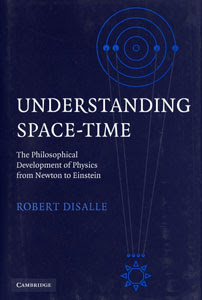 Understanding Space-Time : the philosophical development of physics from Newton to Einstein, by Robert DiSalle (now on the new book shelf) was recently examined by Michael Freidman in an extensive essay review, published in Studies in History and Philosophy of Modern Physics 38 (2007): 216-225. Read the review on the OhioLINK Electronic Journal Center (for OhioLINK library users only).

Friedman states "Robert DiSalle’s new book introduces, and beautifully exemplifies, a novel approach to the philosophy of space–time physics." He concludes with the observation, "Not only does it bring a fresh perspective to the familiar historical development from Newton to Einstein, it integrates this development with the parallel history of philosophy of space, time, and geometry from Kant through Helmholtz and Poincare´ , and it suggests a powerful response, as well, to the Kuhnian problem of conceptual incommensurability. DiSalle’s book, despite its relatively modest length, is a magnificent achievement in the history and philosophy of space–time physics, which no one seriously interested in the topic can now afford to ignore."
Posted by Alison Ricker at 3:34 PM No comments:

Sign this petition to register your support for free and open access to research funded by the U.S. Federal government. For more information on current policies and legislation for taxpayer access to federally funded research – including the Federal Research Public Access Act – visit the Alliance for Taxpayer Access Web site.

Posted by Alison Ricker at 2:45 PM No comments: 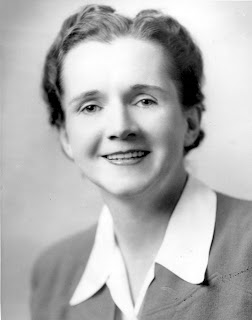 Celebrate Rachel Carson's legacy by joining an online book club sponsored by the The Friends of the National Conservation Training Center. The book club is held in
conjunction with the U.S. Fish and Wildlife Service’s efforts to commemorate the 100th anniversary of Rachel Carson’s birth.

Beginning in March 2007, and continuing through November 2007, participants will read books written by and about Rachel Carson. Titles include:

Posted by Alison Ricker at 10:44 AM No comments: